My sister had a Muppets theme birthday party for my adorable nephew Sam and I was asked to make dessert! I scoured the internet for Miss Piggy themed cupcakes and took a variety of ideas and blended them together to get this end product. It was super fun! The whole time I was making them I kept annoying my husband by doing Miss Piggy impersonations. I was coming into the office with a cupcake and putting it in his face while exclaiming, “Hiiiiiiiiya!” or “Oh Kermy!” And since I have a sort of turn up nose the impersonations really seemed believable.  My husband thinks I’m half sophisticated woman half clown… Anyway – enjoy! 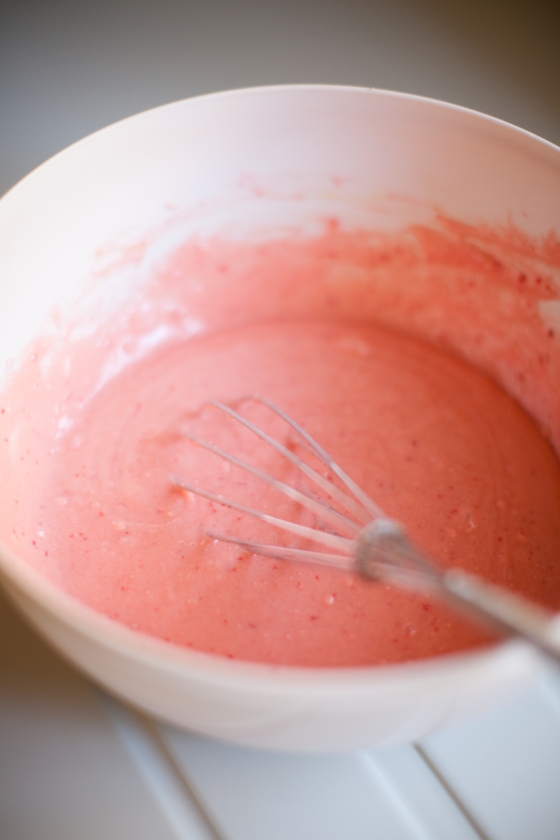 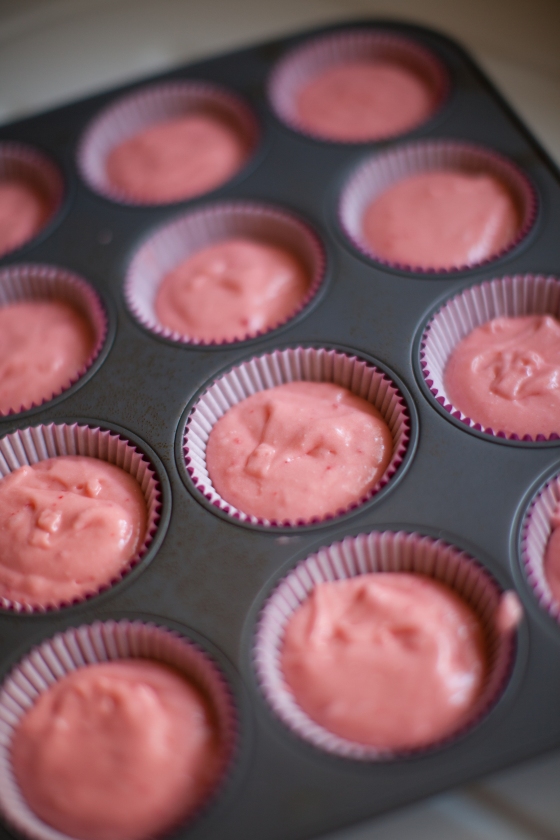 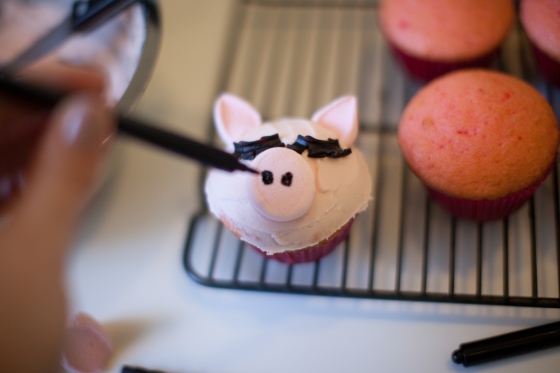 Make the strawberry cupcakes according to directions on the box. Set aside to cool

Make buttercream frosting and color with one drop of red food coloring. This should give it a light pink color. Frost the cupcakes with the frosting.

Cut the corners of the pink marshmallows to make the ears. Attach to the top of the cupcake.

Take the black licorice and cut about a 1/2 inch and then cut it length-wise on both sides. Cut along the edge to create little eyelashes. Make two and attach the the “face” of the cupcake.

Cut the marshmallows in half to create the snout. Using the gourmet pen color in some black holes for the nostrils. Attached to the “face”

Make the lips by using the red piping gel

Make cake according to box directions. Set aside to cool.

Taking a mento and color a round circle in the middle with the gourmet food pen. Draw a line through the circle to complete the eye.

Attach two eyes to the “face” of the green frosted cupcake to create Kermit. Repeat.