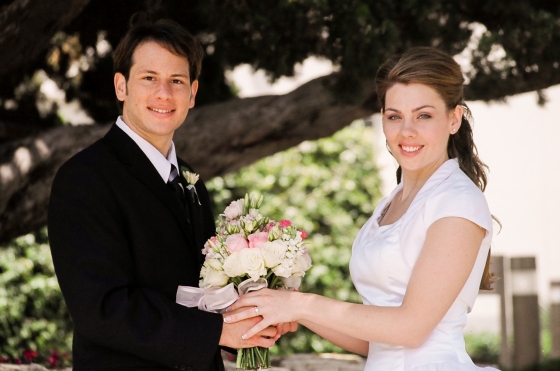 Nine years ago yesterday I married my darling-love-of-my-life Michael. You know, its funny to look back on that day because I remember being happy and in love but I was also young and making a huge life decision.  I was crossing my fingers I was making the right choice.  Its wasn’t that I didn’t know what I was doing, it was just that I had never been married before and didn’t know what to expect.  I made my decision based on Michael’s character and my hunch that he was going to turn out to be an A+ husband. But we were really young and inexperienced in life and so we had nothing to go off of except for faith and trust. I was 22 and Michael was 25 and we were just finishing up college at the time. Michael had spent 4 years in the Navy and when we met he was 6 month out of the Navy and 6 months into his college education at Brooks Institute of Photography. So here I was, a 22 year old making a huge life decision and even though I was madly in love with Michael I still felt a little bit of what I’d imagine people feel when they jump out of the airplane when skydiving. Like, “This is fun, scary and I hope it works out!”

So now nine years later its unbelievable to me that the decision that I made to marry Michael has turned into not only a successful marriage but a truly beautiful life beyond anything I could have ever imagined. God and my subconscious self knew way better than I did what I really needed in a life partner. I didn’t realize that I was attracted to Michael because he was a dreamer and a doer. He has the attitude that nothing in life will ever beat him and he had big goals for himself. I need that. I’m a big time dreamer too and I absolutely need to be with someone that fuels that in me. I didn’t realize that I needed someone that was a super romantic. Someone that knew the importance of taking time out to be together, to spoil each other with love notes, gifts and flowers. Someone that made ME a priority and someone that I could make as MY top priority. I didn’t realize that I needed someone that has the same interests as me and is creative and interesting to talk to. We seriously have the longest conversations about the silliest things sometimes (yesterday it was in great detail on the new Superman movie…) and never get bored with each other. I had no clue whatsoever that Michael would be the most attentive, excited and dedicated father. Sooooo attractive! And most importantly, I didn’t realize that Michael’s integrity, quest for good and perfect intentions would result in only good things. I didn’t realize the lottery ticket I was sitting on.

What I did realize at the time was that Michael had a heart of gold. I had someone that when he made a mistake he would fix it and not do it again. I had someone that had motivation and the ability to accomplish things. And the most important thing, I had a man that I loved. This is what formulated my decision and I had a good idea that I was right but only time would tell. Over the years I’ve been slowly scratching off that lottery ticket and only finding that perfect numbers beneath.

In nine years we have accomplished so much together. We both graduated college, built a successful business, had a beautiful perfect baby girl and have grown closer together than ever before.

So happy 9th anniversary to my perfect man in the world. You are perfect for me and as you always say, “We were made from the same batch.” I love you darling! 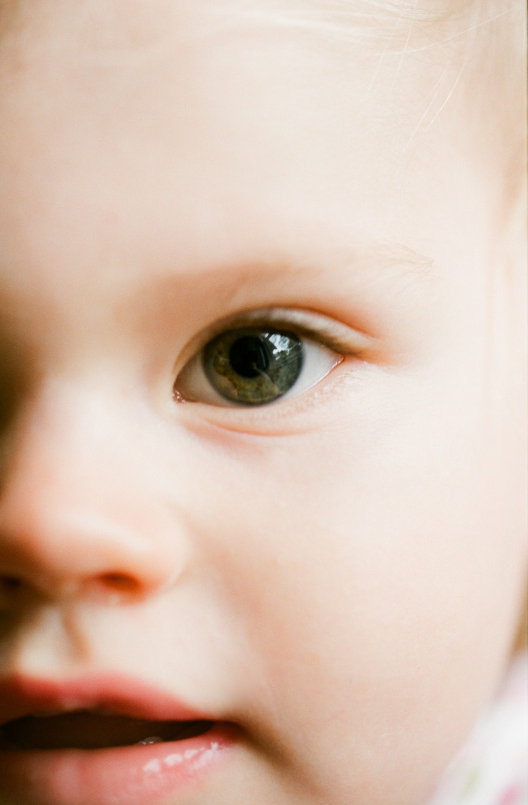 I love my baby girl. Whenever she does something new or cute Michael and I just look at each other and without saying a word we communicate how crazy special our little girl is. When she wakes up in the morning and I go get her out of her crib she always exclaims, “Bobba! Bobba Yeah Yeah!?” and I go to make her her bottle and we snuggle while she downs it. Then she squirms out of my arms and enthusiastically goes about her day exploring the world. She has a walk of confidence as if her duty to mess up our shoes or play on her cat laptop are of the utmost important. Then she’ll come back to me and say, “Bobba?Bobba?” which this time means food. I’ll make us our morning Kashi waffle and she take a bite and then runs off to tend to her toys. And then before she even gets there she’ll run back for another bite. Back and forth, back and forth. We will hear her in the other room sometimes as she’s flipping through her books and talking to herself in a language only she understands. When she starts talking gibberish I go ahead and have a conversation with her anyway: Gigi: Way-do way-do di di da da di! haha! Me: Oh that sounds interesting Gigi: Yeah. haha! odey odey odey haha! She looks like this little impish fairly flitting about the house. She has the most contagious laugh that makes it impossible to not laugh right along with her. Passerbyers on the street can’t help but return her outgoing smiles. She follows people around at the park and sometimes I have to apologize because she likes to stare. Here favorite game at the sunken gardens of the courthouse are to walk up and down all the stairs with my help. I like it too because it wears her out so much she usually doesn’t squirm in her stroller after that. We like to go on long walks down state street and see what we see. Sometimes its just to the courthouse and Anthropologie and back. Sometimes its all the way to the Paseo Nuevo mall or even to the pier at the beach. It depends on the day and how much time we have.  But regardless of the amount of time its always the BEST time. When Georgiana gets tired at night she becomes slap happy. She screams with delight at the smallest of encouragement and will laugh uncontrollably. She has learned (from her silly Mommy) to eat cheerios off the coffee table without using her hands. I was doing it to make her laugh and it stuck. Now at the park she’ll eat cheerios right out of my hand too so I’m not really sure what the other parents make of it. She knows how a lions goes “raaaar” and a sheep “bah’ and a dog “O O!” When she doesn’t want something she goes emphatically, “Na na na na na!” When I ask her if she loves her Mommy she usually goes, “Yeah!” but sometimes she goes, “Na na.” Ha! She has good size crop of blonde hair that looks like the top of  a corn husk. So we can her corn husk or just husk sometimes. At my Mom’s house the toilets flush really loud. Anytime Georgiana hears one she goes, “Wow!” Georgiana already loves jewelry. We started small with me putting my hair ties on her wrist like a bracelet but then I got her some plastic jewelry and she puts it on herself all the time. I always exclaim with a greek accent from like the mom from My Big Fat Greek Wedding, “Your so beautiful!” Every night when I say my prayers the first thing I thank God for is her because she is this absolute gift that has flown into my life to stay forever and I couldn’t be more grateful. Its like when you’re a kid and you get a present on Christmas that you’ve been wanting so badly.  But this gift never gets old or worn out. It never becomes boring. Its this fresh new gift every day that is fun and exciting and precious. I love my little girl.